What Selling Cemetery Plots Taught Me About RCM 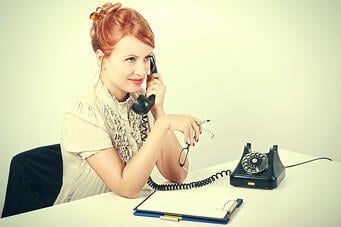 Before I started making sales pitches to CFOs, Directors, and VPs on why I think they should make VARO Healthcare an extension of their business office, I was making sales pitches to regular people (all jobs aside) - in their homes. And guess what I was selling? I was selling cemetery plots. Yep. But, it was BEFORE death. Awkward. Cold-calling daily and making appointments with people in their homes to convince them to pre-plan their funeral expenses. I’d go through an entire presentation all the while trying to evoke some sort of emotion about how much better it is to pre-plan rather than put your family through the hassle of dealing with it after they die. Weird, I know. It’s difficult to persuade people to believe in what you’re selling, even though YOU believe in it, “yes, you should spend XYZ now to pre-plan so your family won’t have to later”.

So, what does this have to do with anything related to revenue cycle, or outsourcing?

Just like pre-planning, I’m trying to convince CFOs, “we will improve your business by XYZ…” The people I’d talk to about funeral arrangements KNEW it was something they should plan and talk about, but didn’t want to. They really didn’t want to spend money on funeral arrangements when they were “in good health”! Just like the CFOs, Directors, and VPs, they KNOW they should talk about money being left on the table, re-evaluate current vendors or in house operations, and if there is a simpler/cheaper/more practical way of doing things, but WHY do that when there are a hundred other fires to put out that seem more important than dealing with something that is running “okay”? And if things aren’t “that bad”, why change anything? Right?

What I do know is even though it’s 2 different products that I’m selling, a plethora of different types of people, they all have the following in common:

All I am saying is this - people don’t want to hear that maybe they need to take care of something NOW rather than later.

Give a sales pitch a shot. Let it be clear initially what your objective is (whether you are the product they sell), give a YES or a NO answer so we aren’t chasing you around (it’s just as annoying to YOU as it is to us), and stop procrastinating so much. The more you just giving the person a meeting just to hear them out OR you are seriously in the market for push something off, the harder it is to get it taken care of. Just like losing weight – I’m guilty of the, “I’ll start the diet on Monday” type thing. But the more time in between, the harder it is to fix and keep yourself motivated!

Let's connect on LinkedIn (I promise not to pitch too often!). 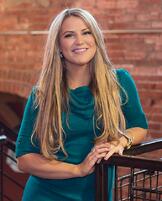