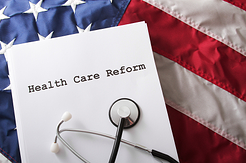 When the debate on healthcare reform began, most in the hospital industry believed cuts in the Medicare compensation were inevitable. As such the industry worked with Congress to help implement the act and benefit from some of the offsetting benefits. The hospital association believed they would achieve on a number of issues, including; addition of insurance coverage mandate, the defeat of the so called public option and single payor proposals and lastly extended the eligibility through enrollment in exchanges.

With all these successes, there are a number of concerns that remain for healthcare in general and specifically hospitals. A good number of people do not believe PPACA is in the position to provide coverage to considerable population to the point of increasing insurance coverage to the hospital patients significantly. For instance, the act excludes illegal immigrates, thus leaving a considerable number of the population uncovered. In addition to this the meaningful tort reforms are excluded in this act. Others view many of the provisions within PPACA indirectly or directly call for more extensive reporting requirements. Although this is a good thing more so for promoting overall quality of the health care, there runs the risk of further compensation consequences.

On the other hand, most of the provision in this act are to say the least vague and are not well defined. Implementation of these daunting provisions is entrusted to the agencies. As such, the provision must be carefully developed as well as monitored to ensure sensible and viable guidance to hospitals.

However, deliberate efforts are being made to offset some of these drawbacks. For example - to nurture the goals increasing the quality of healthcare provided and lowering the cost of healthcare, a dual payment system has been adopted with the sole purpose of  tying reimbursement to performance - these are bundle payments and value-based purchasing. Effective from October 1, 2012, the ACA will allow for a value based purchasing for all hospitals. This is a model which gives incentive payments to all those hospitals that meet or surpass certain set benchmarks. This to say the least will go a long way to helping the average citizen.